You can see more in our “Galleries” section:

Pireas (Piraeus) Greek: Πειραιάς Peiraiás [pireˈas]; Ancient Greek: Πειραιεύς Peiraieús [peːrai̯eús]) is a port city within the Athens urban area (“Greater Athens”), in the Attica region of Greece. It is located in the Athens Riviera, 8 kilometres (5 miles) southwest of Athens’ city centre, along the east coast of the Saronic Gulf.
Piraeus has a long recorded history, dating back to ancient Greece. The city was founded in the early 5th century BC, when plans to make it the new port of Athens were implemented: A prototype harbour was constructed, which resulted in concentrating in one location all the import and transit trade of Athens, along with the navy’s base. During the Golden Age of Athens, the Long Walls were constructed to fortify the route from the main settlement to the port (Piraeus). During Athens’ Classical period, the naval base in Piraeus had 372 trireme shipsheds. Beginning in the 3rd century B.C., Pireaus went into a period of cumulative decline. However, it began growing once again in the 19th century, after Athens was made the capital of Greece. Today, Piraeus is a large city, bustling with activity, and an integral part of Athens. It is a huge marine and commercial-industrial centre, and home to Greece’s largest harbour.the busiest passenger harbour in Europe. (Porto Leone)
Piraeus is marked by the diversity of culture among its neighbourhoods. The hill of Kastella is one of the most prosperous and attractive neighbourhoods, with a panoramic view over Athens basin and the Saronic Gulf. Its elegance comes from its numerous neo-classical mansions, while the Veakeio Theater and a church dedicated to the Prophet Elijah are the most popular buildings. The coastal area of Neo Faliro has been upgraded and is also prominent, with the Peace and Friendship Stadium and the Karaiskakis Stadium, an indoor arena and a football ground respectively lying opposite one another, predominating. Mikrolimano and Bay of Zea, are the smaller harbours of Piraeus acts as Marinas, attract large numbers of visitors with their picturesque vistas and vigorous nightlife. Kaminia, by contrast, is a working-class neighbourhood which still preserves the traditional look of an earlier period. The Municipal Theater in the center of Piraeus was built in 1885 and remains an impressive neo-classical building. Located across from the Neo-Byzantine Piraeus Cathedral, it forms one of the most renowned landmarks of the city and a popular meeting place.

Get WordPress help, plugins, themes and tips at MachoThemes.com 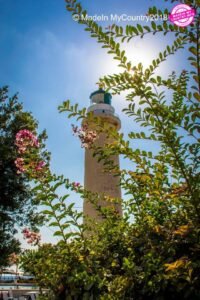 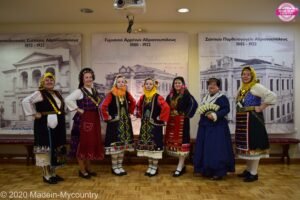